6 Interesting Facts About the Clapham Sect

When my children started at Clapham School, I figured I should find out what Clapham meant. The school website helpfully explained that it referred to the location where, during the turn of the 19th century, a group of believers worshiped and lived. One of the most well known members of this group was William Wilberforce of slavery abolition fame. So there you have it, Clapham School is named after a town just outside London, but that's not all....

Clapham School’s website has a beautiful description of how the work of these believers inspired the school’s philosophy. As I soon discovered, William Wilberforce and his friends were a fascinating group, and their story is full of interesting twists and turns I knew nothing about. Allow me to share some interesting facts about the Clapham Sect that I discovered.

The town, Clapham, started as a humble Saxon village around the 800’s. Its original name was Clopp Ham, which means village (ham) by the short hill (clopp). Centuries went by, and not until the late 17th century did this little farming village begin to grow. By the 18th century it became a fashionable place for the rich to live - close enough to London for an easy commute, but set in a rural setting away from noise and dirt. Today Clapham is a thriving district in southwest London.

2. The Sect that never was

Although the group of believers never claimed a name to call themselves, the name “Clapham Sect” was assigned to them when a 1844 article described how an opponent to the group had used the term to disparage it. It turns out that the group was actually mocked as “the Clapham Church,” “the Saints,” and “the Patent Christians of Clapham,” not “Clapham Sect,” precisely. But, as it often happens with name calling, the wrong name stuck. Today, a google search for the term Clapham Sect will generate about 217,000. 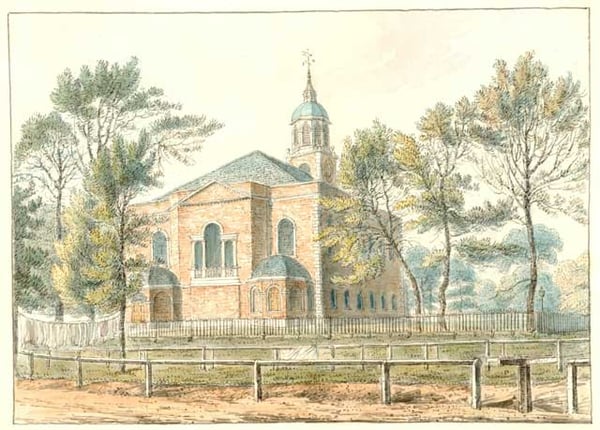 3. Although affluent and influential people, theirs was an uphill battle

The Clapham Sect is widely known for supporting the abolition cause. In the 1800’s fighting for this cause came with significant social stigma. In British society at the time, abolitionists were seen as dangerous radicals, just as the French revolutionaries of their day. Anti-slavery bills of one sort or another were defeated in Parliament for 11 consecutive years before the passage of the Slave Trade Act in 1807 brought before Parlaiment by William Wilberforce. Many years of further campaigning were necessary until the passing of the Slavery Abolition Act in 1833.

4. The Clapham Sect was a diverse group

The group banded together through their shared faith in Jesus Christ, love for one another and passion to improve the human condition. Hannah More (playwright, philanthropist and educator) remarked that those who worked together on the slavery issue were like “Noah’s ark, full of beasts, clean and unclean.”

John Thornton, one of the original founders of the Clapham Sect, amassed his fortune through commerce with Russia and the Balkans. The group also included a brewer, a mathematician, clergymen, government officials, writers, educators, and bankers.

These men and women “did life together,” recognized each other’s passions and supported each other in addressing them - those interests included prison reform, educational reform, missionary work in India and Africa, the sending of Bibles all over the world, and even animal welfare. 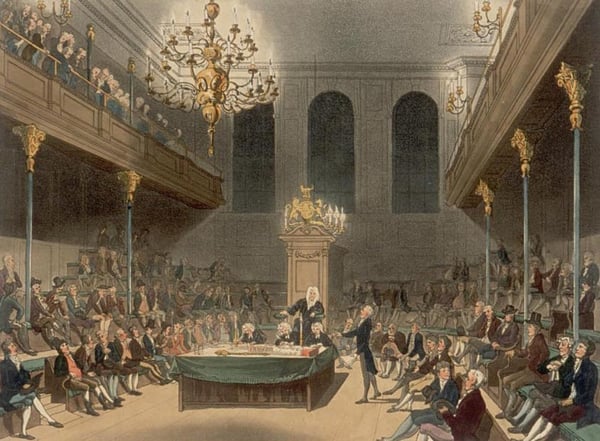 5. Their progeny include some fascinating people too

The Clapham Sect loved to name their children after each other, so relations gets complicated quickly. Add to that the fact that many of their children intermarried and you really must keep your wits about you. The group's desecndants include:

Although not an organization, this group of British Evangelicals participated in the Victorian love for committees and societies, and named them with consistent gusto. Among societies of that time we can find: Society for Returning Young Women to Their Friends in the Country; or the Friendly Female Society for the Relief of Poor, Infirm, Aged Widows, and Single Women of Good Character Who Have Seen Better Days.

This habit of elaborate names was also applied to books, and here we can refer you to William Wilberforce’s own best-seller: A Practical View of the Prevailing Religious System of Professed Christians in the Higher and Middle Classes in this Country, Contrasted with Real Christianity.

Much has been written about this remarkable group of believers who God called together at the right place and the right time. Their example of dedication to the Kingdom’s work, while supporting each other in friendship, even if in not agreement at all time, is one that all can benefit from even today. This group of Evangelicals saw no antagonism between evangelism and social reform, and the values they fought for have persisted longer than a century. My prayer is that the values taught by Clapham School will also affect history in the same way.

Share what you found most interesting in the comments! 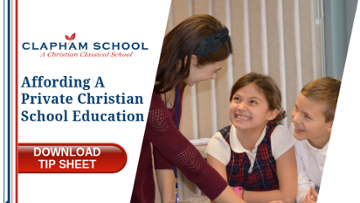