Last month I made a new friend.  She must have been expecting me as she was standing patiently with her hands resting gracefully at an open door as I walked toward her. Immediately she struck me as being a gentle woman. She was rather plain, but there was a loveliness about her.

As I approached, I noticed the light illuminating her fair skin and ruby lips.  Though she remained quiet, I sensed there was much going on in her mind.  Perhaps she was uneasy about meeting new people, or maybe she was weary from the day’s work which was not yet complete.  Whatever the reason, her eyes avoided mine as she quietly stood and waited.

My students were with me when we first met, and they also immediately observed a uniqueness about her.  A double strand of lovely red beads graced her neck.  Her shirred white blouse was peeking out from underneath her hickory colored dress, matching her auburn hair.  My new friend did not seem to mind the students gazing at her and commenting on her clothing, the shadows that darkened one side of her face, and her hair that was smoothly pulled back into a sort of bun.  During our visit, she patiently stood there, waiting with her hands gracefully resting on the ledge of an open door.

When our children came home for Christmas, I was eager to introduce them to my new friend.  One of our sons, his wife, our three daughters, my husband and I drove fifty miles to meet her.  She looked the same as she had three weeks earlier.  She wore the same dress, her hair was pulled back in the same bun, and her hands were gracefully resting on the same open half-door.  My family quietly enjoyed the time with this young woman. They also observed her contemplative countenance, the stark contrast of the beads on her blouse, and her plain loveliness.  Perhaps we spent fifteen or twenty minutes quietly becoming acquainted and enjoying her company. My heart warmed as my family delighted in meeting this new friend of mine.

A week later, while at my parent’s house, my husband Ken beckoned me; there was something he wanted me to see.  As I stepped into the room, my eyes immediately fell upon what Ken was so eager to show me.  There she was! It was her! It was my new lovely friend!  She was wearing the same dress with her hair pulled back into the same bun.  Her graceful hands were resting on the same door.  It was my friend:  A Young Woman at an Open Half-Door! 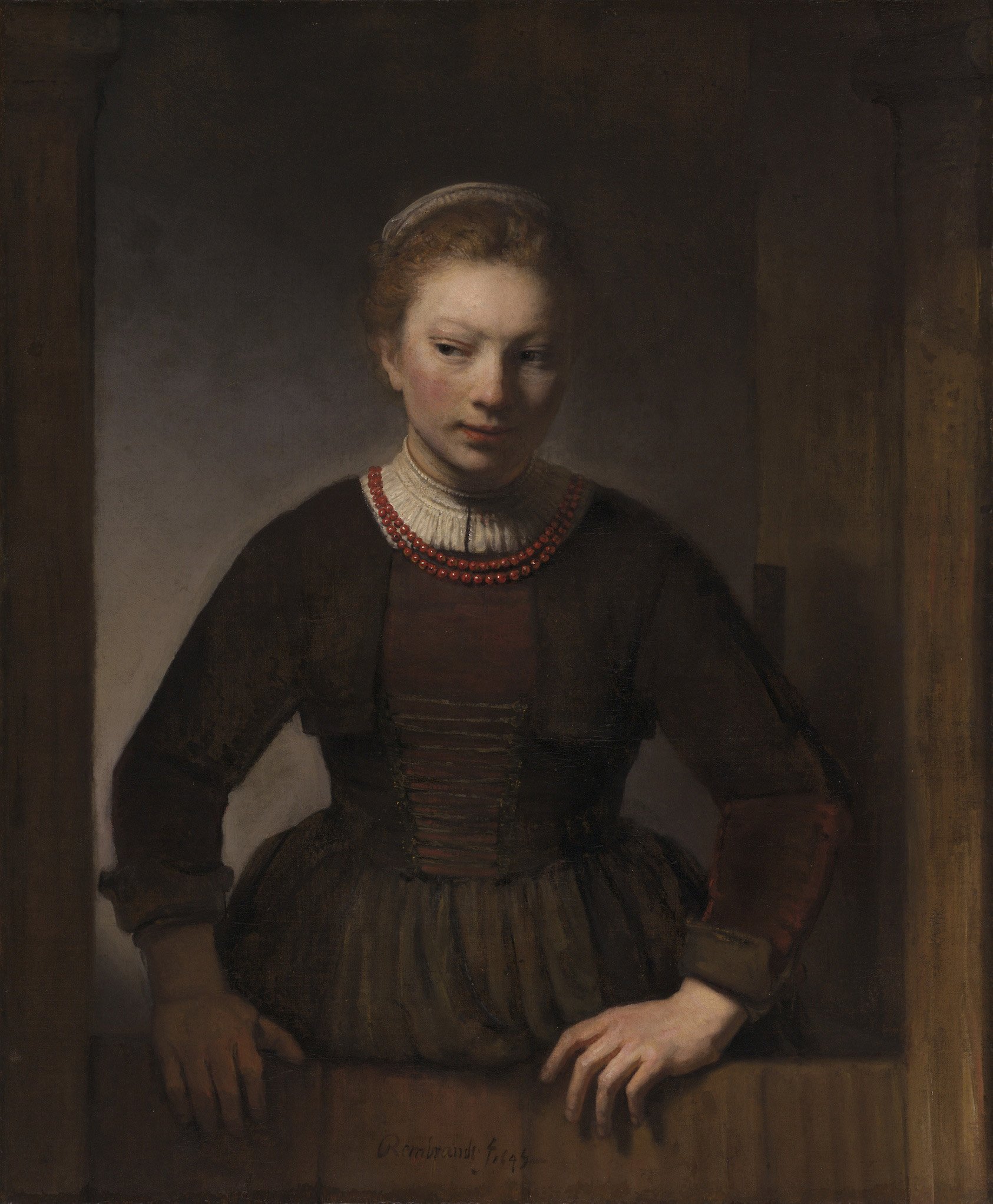 I grew up with this painting by Rembrandt hanging on a wall in our house, but I never knew her until I took the time, in the quietness of the Art Institute, to notice her and her surroundings.  This young woman became my friend, my students’ friend, my husband’s friend and my children’s friend because we took the time to engage with her, soak in detail, listen to our thoughts and discuss our observations.  We joyfully experienced what Charlotte Mason calls the science of relationships.

Children should have relations with earth and water, should run and leap, ride and swim, should establish the relation of maker to material in as many kinds as may be; should have dear and intimate relations with persons, through present intercourse, through tale or poem, picture [emphasis added] or statue; through flint arrow-head or modern motor-car: beast and bird, herb and tree, they must have familiar acquaintance with. Other peoples and their languages must not be strange to them. Above all they should find that most intimate and highest of all Relationships,––the fulfilment of their being.

I’m thankful for this new relationship.  I’m thankful I shared this intimate meeting with my students and family.  I’m thankful that A Young Woman at an Open Half-Door will be forever special to me.