I’d like to address head on a common misconception about classical education. And this is a misconception that classical schools all over the nation have to address, and it’s the type of thing that sort of hovers on the background of conversations. And that is the idea that classical education is really great at the language arts and humanities; in fact, it just blows the socks off conventional schools there, with its emphasis on languages like Latin, great literature and real history.

But classical education really doesn’t care so much about math and science, and therefore maybe our modern schools do better in these areas, say in STEM and in preparing the future engineers and scientists, the “practical” jobs of tomorrow. 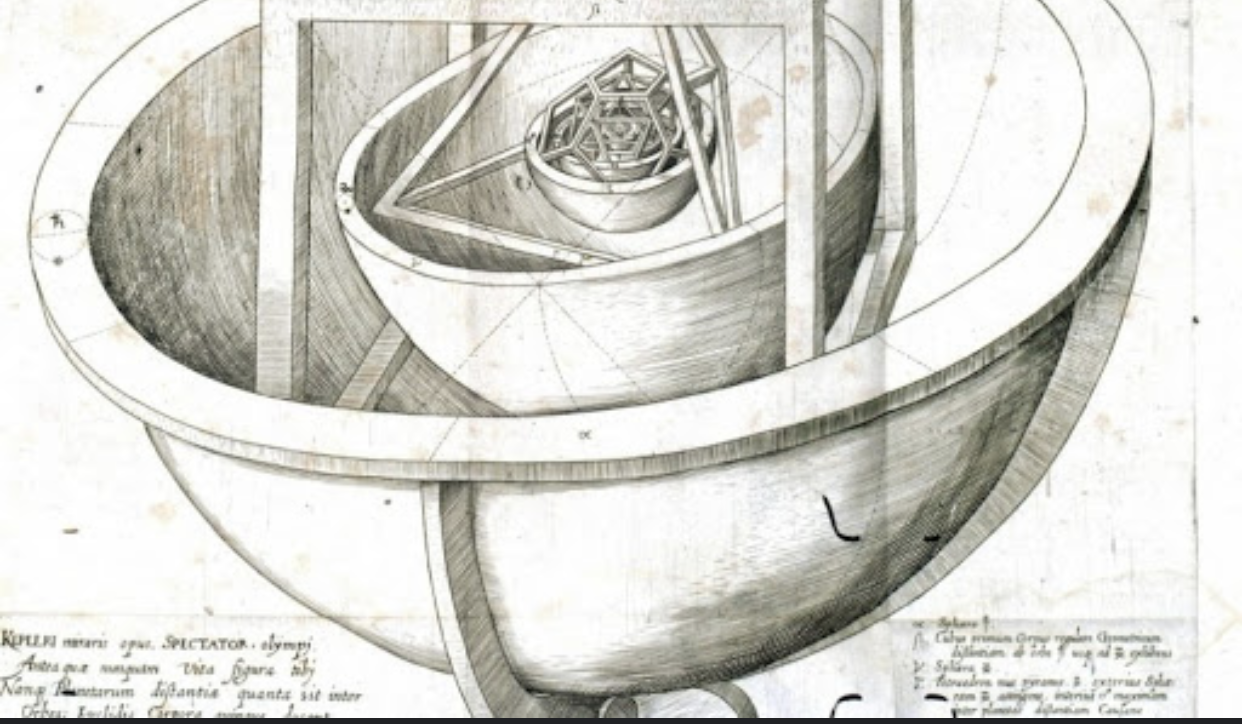 Now I’ve already said that this is a misconception, but it is an understandable one. And it’s understandable for a few reasons. First, classical education’s critique of modern education has mainly been a critique of the modern neglect of the language arts. So, for instance, Dorothy Sayers presented at Oxford on “The Lost Tools of Learning,” meaning the language arts of the trivium. And her main argument was that by the neglecting the language arts of grammar, dialectic and rhetoric, modern education was failing to adequately teach students to think and learn for themselves, and was thereby leaving them as prey to the propagandist and marketer. She did not adequately address the importance of the quadrivium or mathematical arts.

In a similar way, C.S. Lewis’ main critique of modern education in The Abolition of Man was that it was making “men without chests,” human beings whose affections for truth, goodness, and beauty were being deadened. And the culprit in Lewis’ mind is a type of technocratic scientism that distrusts any sense of value conveyed by the humanities, as if the quantification of math and science had risen up in modern times to say, “We’ve got the truth; the humanities are all a lie and a sham. You can only know something’s true if you can measure it and test it in a lab! Throw out your Homer and your Bible. The only things worth learning are practical math and science.” Lewis’ critique was prophetic here; just think that both Sayers and Lewis were addressing this in the forties.

So with this championing of the language arts and humanities, and this scathing critique of the modern absolute claims of math and science, it’s understandable that classical schools could be seen as less committed to excellence in math and science. But the liberal arts give the lie to such a notion. Liberal arts, you say, but aren’t the liberal arts just another term for the humanities? Alas, our modern misuse of language strikes us again. In the classical tradition there were seven liberal arts and only three of them, the trivium, referred to the language arts of grammar, dialectic and rhetoric. The other four, known as the quadrivium, referred to the mathematical arts. These were not just subjects studied at university after mastering the trivium, but were studied by young students from the beginning of their education.

For example, above the door into Plato’s Academy there was an inscription that read, “Let none but Geometers enter here.” You can’t study philosophy with Plato unless you’ve mastered the art of geometry. In the popular imagination, the scientific revolution came about because scientists finally threw off the yoke of classical education and became good empiricists, when actually many authors today, like Ravi Jain in The Liberal Arts Tradition, are arguing that it was because of a return to the tradition of classical science and math, as well as Christian assumptions about an ordered universe, that so many great discoveries have made in the modern age. As an example of this, consider what Werner Heisenberg, the quantum physicist, said: “Modern physics has definitely decided in favour of Plato. In fact the smallest units of matter are not physical objects in the ordinary sense; they are forms and ideas which can be expressed unambiguously only in mathematical language.” The great conversation goes on, and it’s not just a humanities conversation.

Now at this point it may be clear to you why arithmetic and geometry are two of the mathematical arts of the quadrivium, but what about astronomy and music? On first glance they almost seem like random additions. Astronomy was chosen because it was the paradigmatic STEM discipline. You might be surprised to hear STEM mentioned at a classical school, but the idea of STEM is a classical one. STEM refers to the integration of science and mathematics with an eye to practical uses in technology or engineering. The idea is to use mathematical models to understand real data from science, applied to solving modern problems—something we should easily be able to picture ancient Greek natural philosophers and engineers doing, not to mention the practical Romans with their aqueducts, plumbing, advanced road systems and architectural marvels. STEAM goes the full way and includes the arts, just like the classical quadrivium included music. This recognizes that the process of invention is more an art than a science, alongside the practical benefits of music for academic and mathematical thinking. It’s well known, for instance, that students who study an instrument do better in school and score higher on achievement tests.

Astronomy is a great example of STEM, because the goal of classical astronomers was to “save the appearances,” to create charts and mathematical models that would accurately predict the stars. The art of astronomy was on the forefront of technological advance, as in navigation, and astronomers like Copernicus, Galileo and Newton led the charge of the scientific revolution, often by a combination of direct observation, mathematical calculation and poring over the writings of early Greek natural philosophers.

So, what does this mean for us here at Clapham School? Well, first, we are committed to heeding the warnings of Dorothy Sayers and C.S. Lewis and not falling into the trap of modern technocratic scientism. We’re not going to let math and science take over and kill theology, the humanities or the language arts. Math and science aren’t our gods, and the type of people our children become is more important that what jobs they will get. Our Christian values overrule our calculations of success every time. However, as a school informed by the classical tradition, and in particular the classical quadrivium, we don’t accept this as an either-or issue; it must be a both-and. We strive for excellence in both the humanities and math and science. And by the way, false dichotomy is a fallacy that our students learn in 6th grade, alongside other tools for scientific thinking. Logic has huge benefits and overlap with math and science.

The fact of the matter is that excellence in the language arts helps support and improve excellence in science and math. Mathematicians and scientists unavoidably use verbal reasoning to teach and advance their own discipline. All seven liberal arts work together. This can be illustrated by a famous German scientist in the late 19th century, who when asked whether he preferred students trained in the new German math and science technical schools, he reportedly said, “Give me a student who knows his Virgil, and I will make him a scientist, but I can’t do anything with these technical school graduates.” It’s worth mentioning that one of the new big movements in STEM education that appears to be getting much better results than what they’ve been doing is to integrate discussion or dialectic. It’s called Quality Talk. Apparently, they’re realizing now that part of how to get students to think like scientists and engineers is to have them discuss their learning, even in science and math class! Research shows that this pedagogical approach increases critical thinking and high-level comprehension.

And here’s where I should say also that the classical tradition seems to give us a resounding, “Yes!” to STEM. This is the quadrivium, or mathematical arts, which on one early expression included architecture, which would point us toward modern-day engineering. And so, from the wonder that our Lower School teachers are cultivating in students through Singapore Math arithmetic, to the work and wisdom involved in our Secondary School math sequence using Saxon, we are all for integrating practical problem-solving into students’ math learning. In fact, they already are; you may not have realized this about the Saxon math curriculum, but no sooner have students been introduced to a new concept then they are applying it in solving problems using realistic data from every sphere of practical use in science, technology and engineering. This is no doubt due to the fact that John Saxon himself was a graduate of West Point Academy in engineering, and a retired army pilot, who had received the highest medal awarded in the air force, and who had received master’s degrees in both aeronautical engineering and electrical engineering.

But I will tell you that not everything that goes under the name of STEM maintains high academic expectations. STEM is one of those movements in the educational world that everybody wants to hop on board. And some of it can verge on being a waste of time. I went to one conference session on STEM and the way that the speakers were approaching it, was the need to use real data, and so the students spend weeks and weeks throughout the year collecting data from a wind gauge that they have on top of their school. And the outcome was, after hours and hours and hours, that the data for the speed and sound of the wind can be modeled by a linear graph. And I just thought to myself, that’s a lot of time for a pretty small payback in terms of learning. I myself was put through some pretty pointless labs in middle and high school in the name of STEM. So, because of that I want to assure you that we are committed to the integration of science and math using realistic data in a way that gets the most bang for our buck in terms of student learning and college preparation, rather than just to embrace a name. For after all, our goal is to train students as well as we possibly can in the mathematical arts, ultimately in order to equip them to serve Christ in our modern world in all the various ways that he has gifted and called them to do so.