While greeting the children at drop off each morning, I have the opportunity to see many of our students in a light that I would not otherwise get to see during the course of my teaching day. One morning I observed three students from the EI and EII classes arriving at the front entrance simultaneously. As I observed, I noted that there was something of a scuffle occurring at the front door, and the that the children appeared to be having difficulty entering. 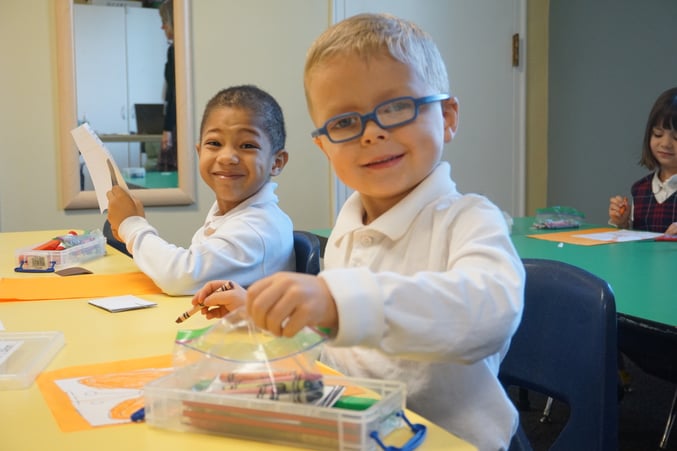 Upon further observation however, I realized that what in fact was happening, was that each student was so eager to the hold the door for the others, that the difficulty in entrance had not arisen as a result of a competition for being the first in, but rather a competition for the privilege of serving one another. Funnier still, was the way in which the problem was solved.

The first of the three students held the door for the other two, who entered, and then immediately exited. There was an awkward exchange of places that was reminiscent of something out of a Marx Brothers or Three Stooges film, after which the second student held the door for the first and third to enter. They did this, exited again, exchanged places a final time, and then the third student held the door as the first and second students took their turns entering. Only after all three of the students had taken the opportunity to hold the door for the other two did all three proceed to class. This was all done with the utmost sincerity, of course, while I was observing from afar in stitches! What a delight to see students competing to serve each other and developing habits of virtue!