"The first requisite of a good citizen in this Republic of ours is that he shall be able and willing to pull his weight."

Doing one's duty is rarely pleasant; it is generally inconvenient and uncomfortable. I was summoned to jury duty recently. The inconvenience was significant.

Being dutiful included writing a week's worth of detailed substitute plans. I also turned over all sorts of things to my co-workers: training procedures, the grand plans for our upcoming day retreat, innumerable little details which someone else would potentially need to oversee in my stead. And then there were the discomforts - driving through unsavory neighborhoods, being directed like cattle through the endless red tape of bureaucracy, or the mindless boredom of waiting. There were many anticipated future discomforts: the uncertainty of missing work indefinitely, the daily exposure to the ugliness and follies of humans, the loss of income if the trial were to extend for months on end. These are all unpleasant indeed. 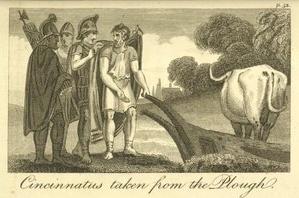 Sometimes we try to get out of our civic duties because we are hard-working and conscientious people who are really very necessary in our regular lives. We are needed at home. We are needed at our jobs. We think, "If I am not there, what will become of such-and-such?” These concerns are legitimate. However, imagine a world in which all of the really honorable and sensible people were too busy to serve society in a greater capacity?

The truth is, doing one's duty is quite difficult. But it is a necessity. If we shirk in our duty to serve our country, then who would be left to see that Americans are rendered justice? As with any other responsibility it is vital that one be willing to engage and serve. Doing one's duty is hard, but it is worth it. Society depends upon it.