“Music should belong to everyone…there are regions of the human soul which can be illuminated only through music.”

Zoltán Kodály (1882-1967) was a Hungarian composer whose interest in ethnomusicology and philosophy led him to write many books on music education. He collected folk songs from Hungary, Romania, and other parts of southeastern Europe, which then inspired his well-known “Kodály Method.” This method primarily uses Solfa or Solfege and rhythm names to promote music literacy in classrooms throughout the world. The Kodály Method’s core philosophy is that music literacy is the right of every child and every human being. The foundational philosophy is that “music belongs to everyone.”

Kodály identified three stages of musical learning: the unconscious experience (the experience of hearing and enjoying music without conscious thought), the making conscious (the conscious realization of music), and reinforcement (practice). Can you imagine trying to teach your child to read before he or she had ever heard a language or could speak? A parent must first describe the environment around a very young child, and through an unconscious experience, the child slowly begins making conscious connections of words to objects and finally through reinforcement or practice, the child begins to speak. In the same way, we introduce music into a child’s environment, allow him or her to enjoy and assimilate it before we teach them the vocabulary. 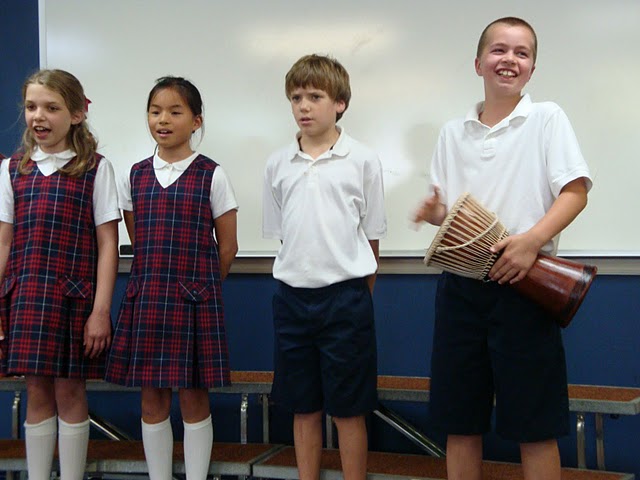 At Clapham, the Kodály Method begins in the youngest grades by encouraging our students to learn many different songs by imitation. Gradually, through the enjoyment of singing and their “unconscious assimilation” of music, they easily begin to recognize musical concepts and vocabulary that matches their experience.

The voice is the primary instrument used in Kodály training because singing has a profound and unique effect upon a child’s physical, emotional, and intellectual development. Sofelge, the syllabic sounds produced for each sung note, match with a major scale. Each syllable is learned with accompanying hand signs, which provide a physical link with the sound heard and produced. This experience allows children to learn to sing in tune and to hear the pitches in their minds and to develop an “inner ear.” The connection to the body is an important step, as singing is such an innately physical act.

In addition, singing is the most direct way to make a musical response. While it might seem a bit unorthodox to use syllables instead of teaching the note vocabulary right away, the results of having young children perform and embody music before learning the technicalities of a scale is remarkable. There is no self-consciousness because singing is just as natural as talking. I have seen the upper grade students at Clapham thrive and excel in their musical work because of their exposure to and enjoyment of Solfege from years prior. This exposure to musical success and pleasure at a young age opens a child’s mind to deep and meaningful musical understanding later.

Kodály believed that singing is an integral part of a person’s selfhood, and an important part of developing the whole person. Not only do we sing because it has a profound effect on a child’s development as a whole “little person,” but we sing because God has made us to sing.  Singing in worship is described hundreds of times in the Bible because singing is a naturally ingrained part of the body. It is a built-in way to express worship. At Clapham, we seek to expose our youngest students to beauty and meaningful musical experiences. As they mature into the upper grades, music becomes an incredible outlet and means of expression, enjoyment, and worship.