In Classes Seven and Eight, our history class has recently concluded our study of Napoleon and the First French Empire which lasted from 1804 to 1815. It is amazing to think that during these eleven years Napoleon was able not only to maintain his authority as emperor of France but to conquer a sizable part of continental Europe as well. Through daring military exploits, strategic alliances, and an unmatched ambition for power, Napoleon ruled the modern world. 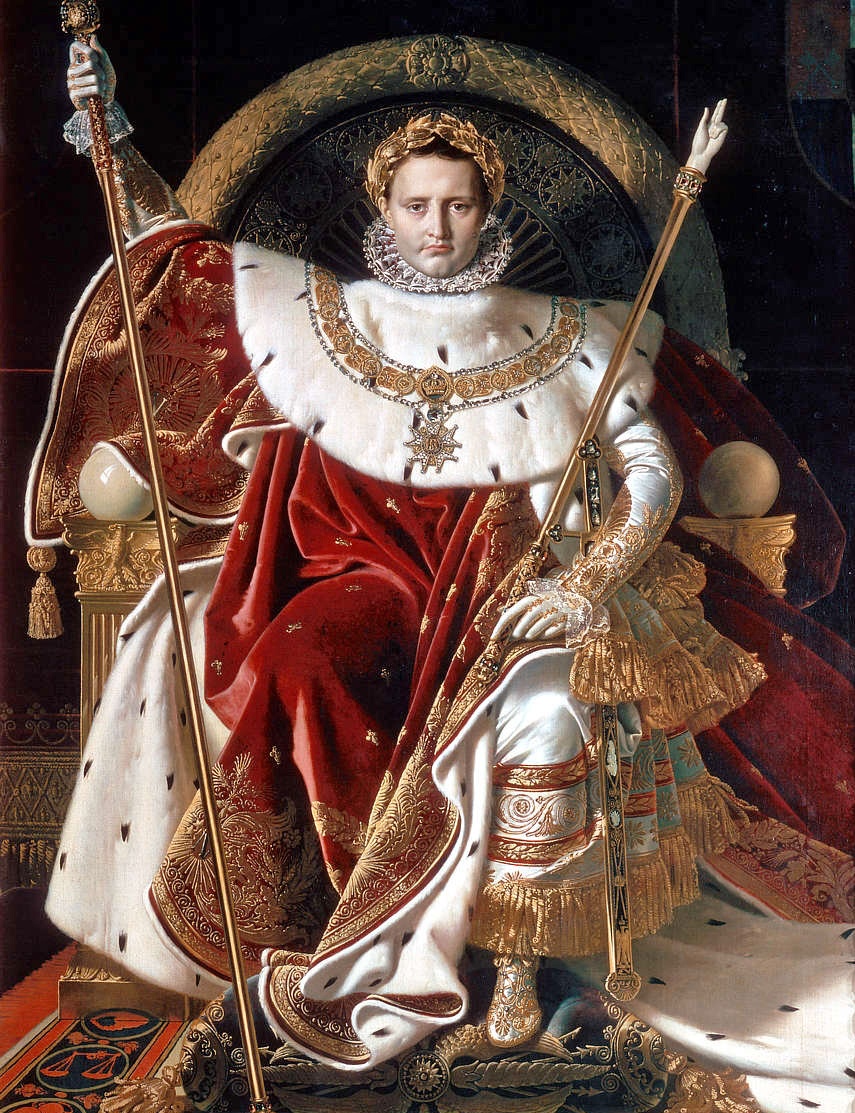 As I’ve reflected on Napoleon’s story and temporary successes, I could not help but draw parallels between the French emperor and human nature. It is tempting to think that Napoleon’s ambition and desire for power were unique to his identity as an early 19th century political and military leader.

The life of Napoleon, one may presume, is an anomalous case of selfish ambition within a larger class of altruistic, mostly good human beings. After all, most humans wouldn’t divorce their wives in order to marry into European royalty or press on in the Russian wilderness at the cost of thousands of lives for the sake of a personal military vendetta.

However, as I’ve continued to contemplate and analyze the life of Napoleon, I’ve come to the realization that perhaps Napoleon has more in common with the rest of us than we might think or, at the very least, would like to think. Like Napoleon, many of us view the world ultimately as an object by which we might fulfill our desires and obtain lasting happiness.

Just as Napoleon viewed the entire continent of Europe as a means by which he might add to his empire and elevate his name, so too do we often view our jobs, possessions, communities, and even families as a means for securing our own happiness. Like Napoleon, we tend to use our God-given abilities and ambitions for the sake of self-gratification and personal gain. Rather than deliberate how we can use our abilities for the sake of God and others, we immediately put our talents and gifts to use for the sake of ourselves. These propensities to idolize the world and glorify the self are ones that Napoleon not only shared with us, but mastered, or was mastered by, depending on how you look at it.

Given this natural bent toward ego-centrism, I suggest that we are not as far off from Napoleon as we’d like to think. Each of us has a strong tendency for putting our own well-being first and thereby constructing our own micro-empires at the expense of others. We do this when we wake up in the morning and attempt to beat our family members to the comfort of a hot shower. We do this when we receive a paycheck and immediately dream about how the money can be best used for a new car or exotic vacation. And we do this to our ultimate detriment, when we brush aside the tasks God calls us to do, such as caring for the poor and spreading the gospel, in order to pursue the prodigious life the world constantly beckons us to pursue. The reality is that we are each Napoleons, each seeking to build personal empires in order to dominate the world for the glory of self. The difference is we’re just not as good at it as Napoleon was. We ought to thank God for this regularly.

How, then, shall we live? We need look no further than the words of Jesus himself:

By the grace of God, may we take this command to heart by letting our own kingdoms crumble and letting His Kingdom come. As we do this, let us pray that we avoid the destiny that all of Napoleon’s power and wit could not: a lonely man, on a remote island, banished by the world he sought to rule; wife and son estranged, empire razed to the ground, and without a friend in the world.