Student Harnessing Entrepreneurial Skills For The Benefit of Others

Before Chris and I had children of our own, we chose to sponsor two children through Compassion International. Habtamu is now 21, and Jose is 12, and it has been a joy for Ellie and Weston to write letters to them, share about life, encourage them in their education and faith, and hear back from them in return.

Three years ago, when Ellie was 9, we received a Gift Catalog from Compassion in the mail, and unlike many of the catalogs we receive, this one captivated Ellie and she spent hours poring over it. She learned of the needs of impoverished people in third world countries, their need for clean water, for wells and filtration systems, for education opportunities, livestock, garden seeds, medical care, Bibles, and more.

Ellie's little heart wanted to be able to give it all to them, so in November of 2017, Ellie decided that she would spearhead a Pumpkin Bread Bake Sale to raise money in an effort to meet some of the needs outlined in the Catalog. 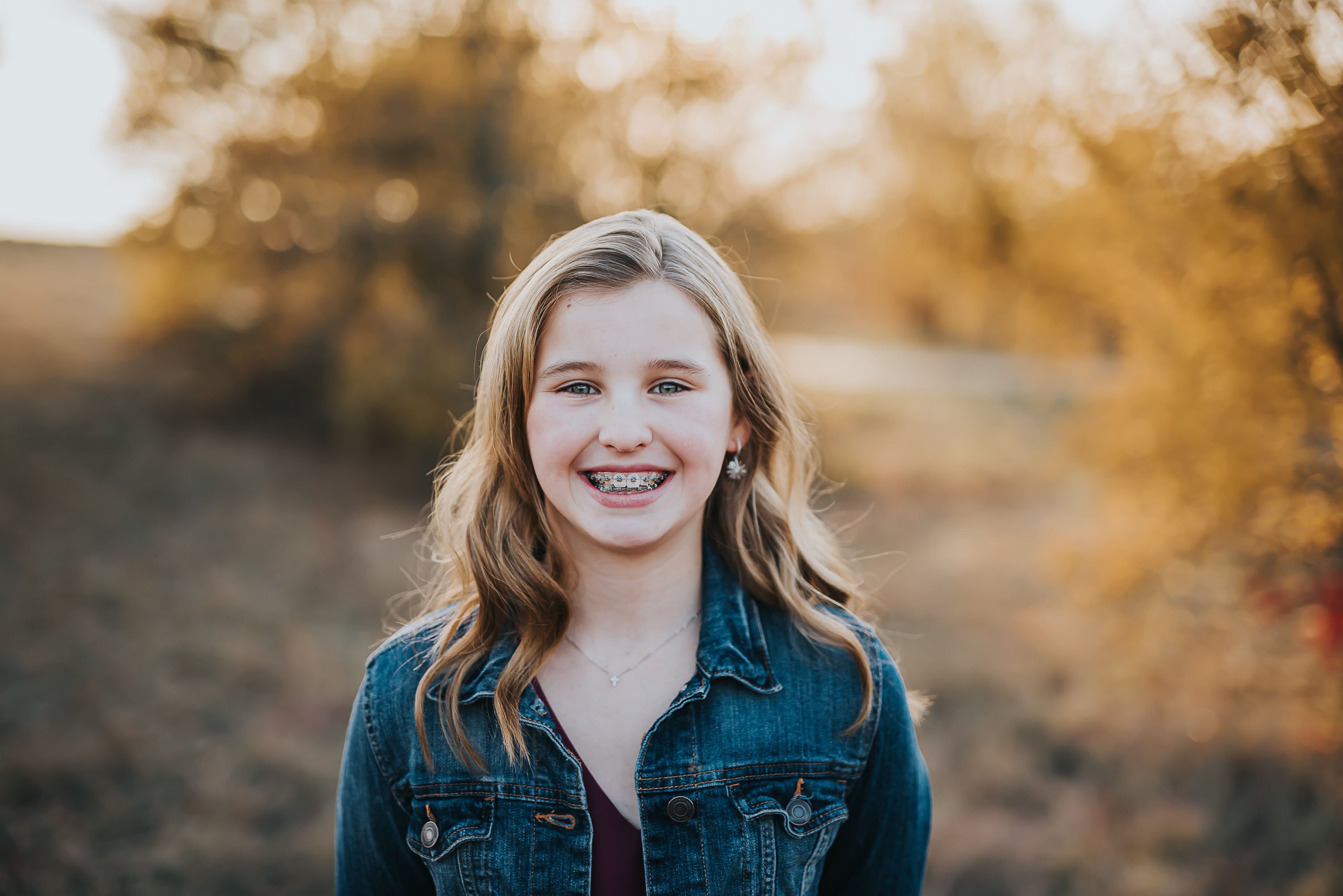 Ellie reached out to our family, friends, our neighbors, my Book Club, and local small businesses that we loved, letting them know that she would be selling loaves of pumpkin bread just in time for Thanksgiving.

Requests came pouring in, and the weekend before the holiday found Ellie and her grandmother (Lovie) transforming our kitchen into a baker's paradise!  She used Trader Joe's Pumpkin Bread, kissed them with mini chocolate chips, wrapped each loaf beautifully, adorned them with a note, and hand delivered each one.  Her sales, donations, and matching gifts totaled $500, and she was overjoyed knowing that so many lives would be helped with her donations!

When the gift catalog arrived the following year, her little entrepreneurial venture boomed just a little bit more.  Friends eagerly anticipated featuring pumpkin bread on their Thanksgiving Day menu, so when Ellie reached out again with her fundraising campaign, this time employing a video campaign in hopes to add an even more personal touch to her 'ask,' she already had pages flagged in her catalog with items she wanted to provide, and a LONG list of bread-lovers! She and her Lovie once again got busy in the kitchen, baked 69 loaves of bread, and raised $1000!

Compassion called Ellie in person that year to personally thank her for her donation, and absolutely LOVED hearing the story of how passionate she was about raising money for their organization.

The wonderful thing about watching Ellie embark on this small, yet impactful entrepreneurial venture each year, is that she has consistently sought to streamline her process in an effort to minimize her costs so she can maximize her profits.

Last year marked the third year of her Baking for Compassion Campaign, and about a month before her big baking weekend, Ellie went to Trader Joes and met with the store manager. Standing next to a bay of bananas and succulents, Ellie shared the story of her baking fundraiser with the manager, earnestly explaining to her how she had sold Trader Joes pumpkin bread for two years, doubling her gifts to Compassion each year!

Knowing that Trader Joes loves engaging with the community and is passionate about charitable giving, Ellie asked if Trader Joes would consider donating the boxes of Pumpkin Bread she would need for her baking project.  It was so precious – I think the manager must have confirmed her age three times, in awe of her poise and articulation in presenting her plan (thank you Clapham!), not to mention how she LOVED the cause Ellie was seeking to support. Ellie left Trader Joes that day with a grocery cart FULL of boxes of bread mix!  Such a testament to Lovie's motto of "You have not because you ask not!" and the generosity of our beloved Trader Joes. Ellie also explored the power of InstaStories and Facebook in order to expand her little marketing campaign.  We learned that hearts are BIG and people LOVE giving to a wonderful cause, even people your parents met on a random vacation!  So many out-of-towners responded to Ellie's desire to raise money for Compassion, and she was THRILLED with the interaction! 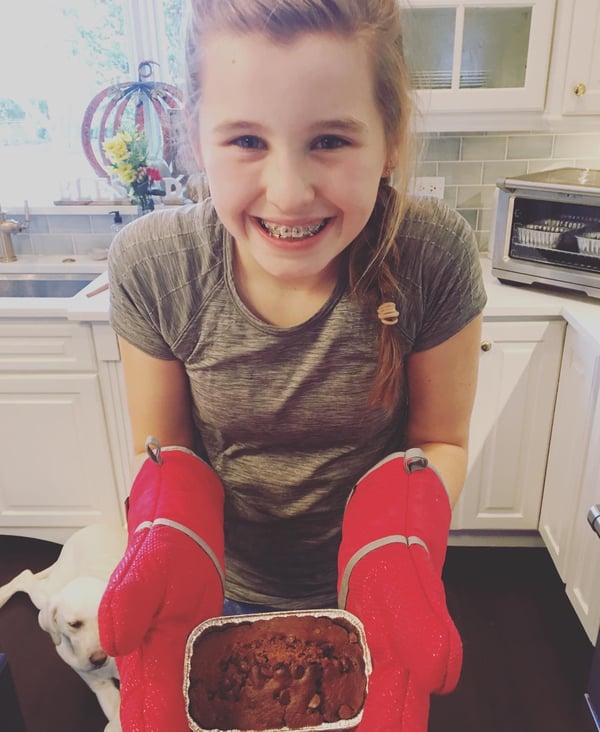 When it came time to bake, Ellie and her Darling Lovie spent the weekend baking ONE HUNDRED AND TWELVE loaves of bread, and even before making her final deliveries, Ellie raised over $1500. She remains in awe at everyone's generosity and participation, and is ELATED over the fact that she was able to gift more than ever to those in need.

As she mentioned in her video this year as she shared her story and her ask, "We are so blessed, and we have so much," may we never cease to pay it forward.

Clapham is proud to be home to several budding entrepreneurs.  For more encouraging stories take a look at Craft Fair Entrepreneurs  and 4 Steps to Growing an Entrepreneurial Spirit in Children 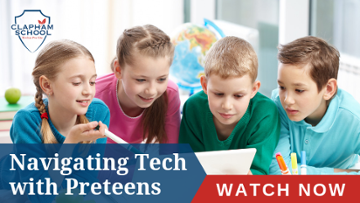