The Triune God Loves Me—This I Know, for the Cross and Tomb Tell Me So

“Jesus loves me, this I know.” This profound truth (and, yes, it is both profound and true) often feels nearer to my heart now—as the snow melts, jelly beans are stashed in the pantry, and pastel-colored shirts temporarily enter my wardrobe—than during any other part of the year.

Yet, while “Jesus loves me” is so very present because of the reminder of Jesus’ sin-conquering-love on the cross and in the resurrection, occasionally I feel distant from God the Father. It can feel as though the Father is the austere judge who looks down disapprovingly at me until Jesus comes to graciously offer forgiveness, and only then does the Father (begrudgingly) accept me. It is as though Jesus is the display of divine love, life, and grace through meekness and the Father is the one who brings judgement, justice, and righteousness through (intimidating) power.

The One God Who Always Acts as One

The Trinity is sometimes viewed as a pesky divine math problem (“how can 1+1+1=3?”), yet the Trinity is much more than that. Indeed, it is the foundation of the good news of the cross and resurrection. In the doctrine of the Trinity we come to realize that the Father is God, the Son is God, and the Holy Spirit is God. Further, God is triune in his being and his actions. So whenever God acts in the world: the Father acts, the Son acts, and the Holy Spirit acts. Everything that God, the triune God, does in in history and for humanity he does as the Father, Son, and Holy Spirit. Jesus himself says that he only does what he sees the Father doing (John 5:19) and he sends the Spirit who only speaks what he hears from the Father and the Son (John 16:12–13).

These unified actions of the triune God are illustrated well in God’s work of creation. If I were to ask you, “which divine person created the world?” You would likely be puzzled, but you might be inclined to say, “the Father created the world” (Mal 2:10; Isa 45:12, 18), and you would be right. But since God always acts as Father, Son, and Holy Spirit, the Father did not create the world alone. Scripture also tells us that the Son is the one through whom all things were made (Heb 1:2; John 1:3; 1 Cor 8:6; Col 1:16), and the Spirit is the one “hovering over the water” (Gen 1:2) and is the breath of God by which God makes the heavens (Ps 33:6).

With this understanding of God’s triune actions, we come to see the cross and the resurrection not merely as acts of Christ’s love for us, but as bold declarations of the infinite love of God—the Father, Son, and Holy Spirit.

In contrast to the view of the distant and disinterested Father, Scripture presents the Father as intimately involved in all that Jesus does, particularly at the cross and in the resurrection. Jesus’ human life and ministry begin because the Father “sends” the Son (John 20:21) and “gives” him for the salvation of the world (John 3:16). The Father “delights” in Jesus and puts his Spirit upon him to empower Jesus’ ministry (Isa 42:1), which culminates at the cross—the point at which the Father “did not spare his own Son, but gave him up for us all” (Rom 8:32). The Father himself raises Christ from the dead, defeating death for us (1 Pet 1:21; Acts 2:24). 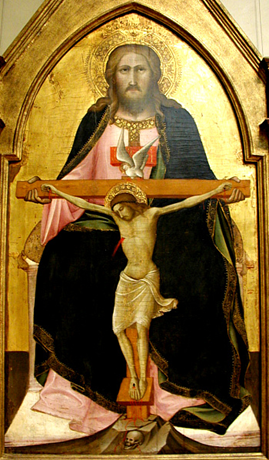 The love of the Father at the cross is maybe most clear in Romans 5:8. Here Paul depicts God as demonstrating his love in the death of Christ on the cross. Yet this is not merely the love of Christ, but the love of God, the Father. The NASB, following the Greek, includes the reflexive pronoun “own” after the subject (“God”) so that it is clear that this is God’s own love made manifest in the cross of Christ. It is the Father’s own love displayed in the acts of the Son because the Son and Father are one (in essence, life, and love) and act as one. As one biblical scholar says, “So entirely at one are the Father and the Son that the self-sacrifice of the latter can be presented as a token of the love of the former.”[1]

As mentioned above, the Son’s gracious action on the cross is often obvious and appreciated. Yet, the Son is not only active on the cross, but the Son is powerfully active in the resurrection. Jesus tells us that “No one takes my life from me, but I lay it down . . . . I have the authority to lay it down and I have the authority to take it up again” (John 10:18; see also John 2:19). Since everything God does, he does as Father, Son, and Holy Spirit the resurrection of Jesus is also an act of the Son himself—displaying the power of the Son and his ultimate victory. He displays his strength and power over death, declaring to us that not even death “can separate us from the love of God” (Rom 8:39).

Finally, the Holy Spirit is present in everything that God does, maybe most obviously in the life of Christ and the church. The Spirit is the one who establishes and empowers the human life of the Christ, creating his humanity in the womb of Mary (Luke 1:34-35; Matt 1:20) and resting upon Christ without measure in his ministry (John 3:34). As Christ’s earthly ministry nears its end, Hebrews 9:14 presents us with a beautiful demonstration of the unified trinitarian actions of God in the cross of Christ. At the cross, Hebrews tells us, Christ “offered himself without blemish to God” (the Father) through the power of the “eternal Spirit” (Heb 9:14).

[1] F. F. Bruce, Romans: An Introduction and Commentary, TNTC (Downers Grove: IVP Academic, 1985), 115. Note: This does not mean that the Father is the one who dies on the cross, but that’s a topic for another day! 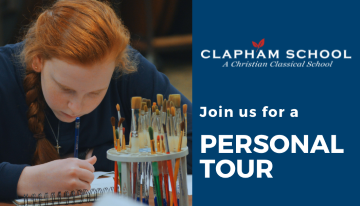 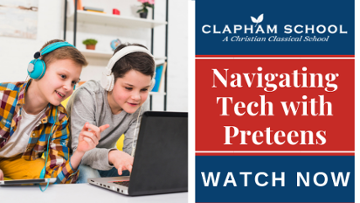