by Mr. Barney, Latin Teacher and Lead Teacher for Middle and Upper School

In light of our recent announcement of this year’s Middle School Shakespeare play, The Merchant of Venice, it might be good to step back and think about the why and wherefore of this practice. 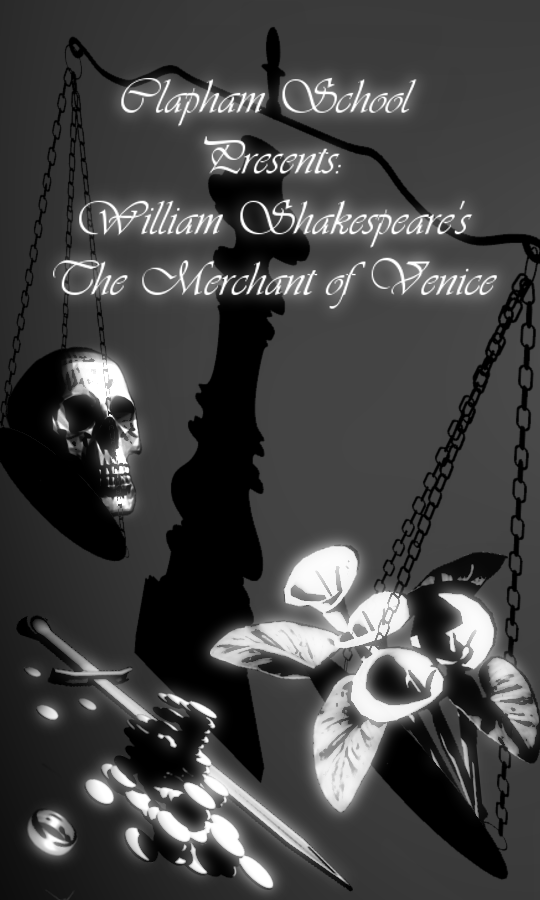 I am sure that many might question why a Classical Christian private school would devote time to theater. When there is so much work to be done, and test scores to improve, isn’t putting on a play a frivolous use of time? How will we get the outside world to take our movement seriously, if we don’t maximize every minute? But not only might some question it from an academic standpoint, Christians have traditionally had a questionable relationship with the theater, often for good reasons. After all, don’t plays produce immorality?

Aren’t actors among the least moral members of society? Finally, many have had experiences with theater that have convinced them that it is a particularly self-absorbed pursuit. Isn’t the whole point behind school plays the chance to show off? How does it not create an atmosphere of competition and arrogance to sponsor shows? These concerns are real and understandable; academic, ethical, and relational problems often occur in spheres devoted to theater. Nevertheless, against these concerns, I can think of three reasons that represent for me why Clapham should do theater in Middle School. I will call these reasons the rhetorical, the moral, and the communal.

First, the rhetorical reason answers the academic concern. If a Classical school is concerned with developing eloquent students who can be a winsome witness in the world, I can think of no better training than theater. Shakespeare’s plays are nothing if not eloquent. Further, the fact that eloquence is learned through imitation makes the work of memorizing the lines of a character a uniquely powerful practice for learning the art of persuasion. For this reason, memorizing Shakespeare can hardly be considered a frivolous use of time. Students get to try on for size the rich vocabulary, the extended syntax, the stately speeches of Britain’s chief bard.

This cannot fail to provide intellectual stimulus and fodder of a powerful kind. Generations of English speakers have found in Shakespeare’s plays the epitome of beautiful and vigorous language. And students remember what they learn and hear in a theatrical context. I have proof of this from hearing students quote theirs or another’s lines to me months, even years later—not to mention my own experience of finding lines I memorized to perform a Shakespeare play in high school still there in my memory banks, influencing my thoughts and diction.

Second, the moral reason answers the ethical concern. If plays have potential to influence for evil, they equally have power to persuade for good. The actor steps in the shoes of another and imaginatively lives out that person’s choices and their consequences. This develops sympathy, the capacity to see oneself in the other, but it also stimulates conscience, causing the tender heart to revolt from what is wrong and attach itself to the good and praiseworthy. No one can claim that the work of acting necessarily makes a person good (there are too many obvious negative examples out there!), yet, since Aristotle at least, the wise have always said that theater has the potential to influence both actor and audience to be virtuous. As Hamlet put it, “the play’s the thing, wherein to catch the conscience of the king.” For Christians, living in the great drama of redemption, Shakespeare is a particularly good teacher of morality from a Bible-soaked Christian worldview, a point that I have heard Dr. Leland Ryken (English Professor at Wheaton College) argue convincingly on many occasions (see, for instance, this article).

Finally, the communal reason answers the relational concern. If play production can inspire the egoist, it can also promote teamwork and other-centeredness, when led well in an atmosphere of support and mutuality. Despite stereotypes, the preparation for a play is one of the most varied and diverse forms of communal artistry. Most other art is done alone (like painting, composing, or writing). Theater uniquely combines most of the other arts in a community project that relies on every member playing a part, whether backstage or in the spotlight, in preparation or in performance. If theater work is necessarily egotistical and self-absorbed, then it should be granted that spending hours alone practicing the violin or piano is so all the more! But no one seems to claim that. The truth is that theater’s bad reputation comes more from the excesses of our movie star culture than the art form itself. Precisely because theater is so communal, the worst of us often comes out. The way through this vice of craving for fame is not by avoiding situations in which it might raise its ugly head, but in attacking it head-on in an atmosphere of love and service. Our vision for service to Christ in the community informs how we teachers seek to guide and influence the production process.

So, despite the real concerns, I find that Clapham’s practice of putting on a Middle School Shakespeare play has great rhetorical, moral, and communal potential for student growth. Therefore, it is with gusto that I look forward to directing our motley crew of teachers and students in what I take to be a very worthy endeavor. Finally, The Merchant of Venice is one of my personal favorites, mainly because of how it embodies the triumph of grace over greed, love over hate, and mercy over vengeance; but that is a topic for another article…