Ushering in 2021 — A New Year of Hope and Expectation

Saying goodbye is almost always difficult — and often comes with tears and regrets.  Saying goodbye, knowing you will never return to the same place, the same moment, perhaps the same people, can be heart wrenching and unbearable.  But in saying goodbye to 2020, I feel little regret and look instead to welcome in 2021 with a sense of anticipation and excitement. 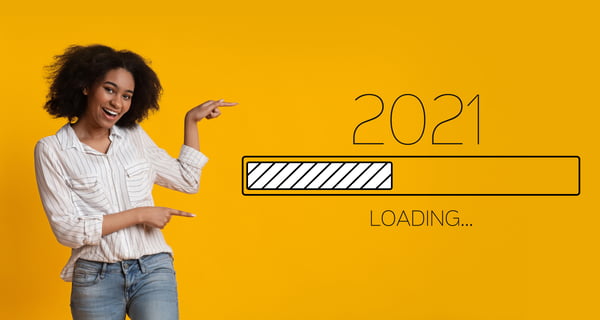 Still, I think it is worth looking back at just how far we have come.  2020 has been a year like no other and what should only be 365 days feels like a lot more.  Quarantine time distortion is very real, so I will remind you of what we faced together this year.  It was a year of pandemic proportions in more ways than one.

On December 31, 2019, word came from China that a mysterious disease was infecting people in the city of Wuhan, but for me, the wildfires that ravaged the 47 million acres in Australia seemed a more pressing disaster at the time.  Simultaneously a massive swarm of locusts made its way down the continent of Africa, leaving in its path, 4.9 million people facing food insecurity.

While the devastating bushfires raged in Australia, locusts loomed in Africa, and the WHO announced the threat of COVID-19, the Duke and Duchess of Sussex were planning their departure from England's monarchy.  This announcement was promptly followed by BREXIT at the end of January.

While England was still pondering their loss, America was facing the loss of a legend: Kobe Bryant, his daughter, and seven others were killed in a helicopter crash.  This sad news was supplanted with President Trump's impeachment trial, in which he was acquitted on February 5.  On March 9, the stock market suffered its worst single-day point drop. EVER.  Life as we knew it in the US came halting to a stop in late March as we hunkered into lockdowns and tried to make sense of the virus’s new hold on our own shores.

On May 25, the death of George Floyd sparked a national outcry that resulted in violent altercations and peaceful protests calling for police reform.  This cycle repeated at least four more times with the deaths of more people who died at the hand of police officers.  In June, Joe Biden clinched the Democratic Party's nomination for president, and the election campaigns for 2020 took off in full swing. Add to this a bitcoin scam that included celebrities and a high-profile arrest, and we were set for an exceptional second half of the year that became deadly — at least for bees — with the arrival of the Asian Murder Hornet!

August brought news of a massive explosion at a Beirut port that killed at least 190 people, the announcement of Biden's running mate: Kamala Harris, and the heartbreaking news of movie star Chadwick Boseman's death.  Wakanda forever!  Another wildfire - this time in California - swept all the way up to Washington state in August, and in September, another cultural icon passed away.  Supreme court Justice Ruth Bader Ginsberg died at the age of 87.  In November, Joe Biden became president-elect, and in December, in record timing after a race against the clock, the first COVID-19 vaccines were administered in the USA. 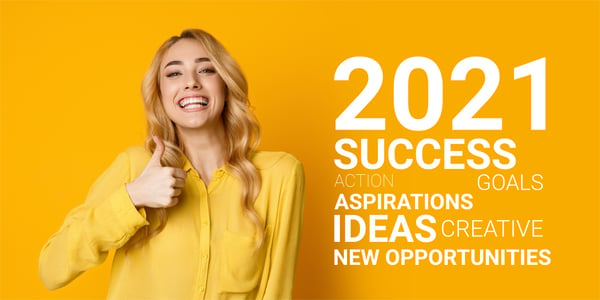 Not everything about 2020 was terrible, though, and with all the hard came a lot of good, too.  My family spent more time together, and we ate more home-cooked meals.  We laughed a lot, watched many movies together, spent untold hours playing with our dogs, and grew together as a unit.

Restaurants navigated social distancing in very creative ways by sharing their recipes, redecorating their premises, and setting up outside dining.  Churches followed suit with outdoor services, backyard services, masked services, and hybrid-mask services. Because the gospel message is becoming ever more urgent, in the summer, my church baptized 21 people in a parking lot!

Clothing choices became more relaxed (think sweatpants) and working from home and on-line school became the new normal for a while. Although logistically sharing the same space took some getting used to, I look forward to the days my kids choose to learn from home, and I love it when they step into the kitchen for a snack or lunch and seeing they faces between classes.

All those housekeeping skills we thought we would never need were taken out, dusted off, and put to good use.  Sewing machines were oiled, and scissors sharpened as we all tried our hands at sewing masks.  Sourdough breadmaking was one of the trendiest google searches this year, and at home fitness gear sales have gone through the roof! Puzzles and board games are popular again, and we have dusted off old books and hobbies.

Even nature benefitted: with less traffic, air pollution lessened, and wildlife found new room to roam. Animal shelters likewise benefitted.  As people found themselves at home more, they realized they have the time to care for a furry friend and that they needed the love that an animal brings. It's a win-win in any pandemic.

Companies changed course in record time and switched from producing liquor, sticky notes, and cars to hand sanitizer, masks, and ventilators.  We have not kept these resources to ourselves but have shared them with the world.

We invented creative ways to celebrate graduations, birthdays, and holidays, and also to say goodbye to our loved ones. Babies were still born, and weddings still took place.  Zoom became a household name, and even my grandmother can now download an app on her smartphone.

We have redefined the word ‘hero’, and we have moved from praising Marvel heroes to real life heroes: our front-line workers.  These men and women tirelessly care for those affected by COVID-19 under circumstances few of us who are not medically trained really understand and we salute every single one!

Overnight we all became homeschoolers.  Who knew this was possible?  Parents gained an increased respect for curriculum content, school, and teachers.   Teachers have gone the extra mile by turning their homes into classrooms, wearing face masks while still making sure every word is understood, and finding creative ways to connect with students and build community.

We are so thankful for the teachers at Clapham School who are committed to show up every day to their classrooms and teach our children both in person and online. They are heroes delivering outstanding instruction under unprecedented conditions, and their enthusiasm for our school and our children is unmistakable.  Take a look at the video below to hear what they are excited about for 2021.

Can you tell why I am excited about the new year?  I am excited because 2021 will be a challenge, and because a challenge is good.  Change is good.  Change drives progress. It forces us to reconsider, to adjust, to adapt, to make new plans, to be intentional in our lives, our relationships, and our faith. It spurs us on to care for others and to tell those we care about that we love them.

With 2020 soon behind us and its lessons of perseverance through hardship under our belts, 2021 is going to be a good year.  No, I correct myself, it is going to be a great year, and we are glad you are here for the ride. 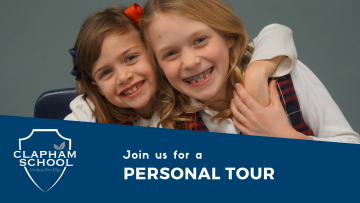