Why Do We Watch Films, Part 2: Defamiliarization

In the second part of our series, Why Do We Watch Films, author Dan Brendsel focusses on the fresh perspective films can bring to our worldview.  Read on to explore what a new, or different perspective can bring to the conversation.

As a friendly reminder, films mentioned in the article are not necessarily a recommednation.  Please do your own research before watching any of the films named in this series.  To find resources to help you research the content of films, please look at THIS article.

Dan Brendsel starts this discussion by saying that we watch films "to “defamiliarize” reality so that we might reconsider, see anew, see aright ..."

The Revelation of Jesus Christ, which God gave unto him, to shew unto his servants things which must shortly come to pass; and he sent and signified it by his angel unto his servant John.

The psychological experiment of the invisible gorilla is well-known, but if you haven’t heard of it yet, stop what you are doing and watch this video.  Seriously. I’ll wait. It is worth watching if only because it features someone in a gorilla suit.

The point of the experiment is, among other things, that all too often, we see what we expect or want to see, and in so doing, we miss out on much (perhaps on reality itself). We are creatures with tunnel vision, a fact that is exasperated by our self-centeredness (i.e., we stubbornly persist in assuming that the way we see things is simply how things are).

Often the world needs to be seen through new eyes; the world needs to be made to appear strange to us for us to better see the world as it is. Literary critic Viktor Shklovsky calls this “defamiliarization” — making the world strange or unfamiliar in our eyes so that we might better see. Much like John was made to see a strange, apocalyptic vision of the world as filled with blood and beasts and plagues poured out from the heavens in order to “signify” (Rev 1:1, KJV) the actual reality and meaning of the world he (and we all) live in, so similarly we need to behold strange, shocking, out-of-the-ordinary pictures of “reality” to help uncover the true nature and meaning of reality.

Films are a powerful means of doing this for us. Young Jack in the movie Room lived the whole of his five-year-old life as a prisoner in a dark, dingy room, until one day through his mother’s help he escapes.  For the first time in his life he sees the outside world of light and trees and clouds and grass and color — shocking, surprising, seemingly unnecessary color. We see the strangeness and surprise and wonder and unnecessariness of the world through Jack’s eyes and realize our world is that same world, a world which would, if we were in our right minds, shock and surprise us and bring us to wonder and gratitude. (Room is obviously about much more, and quite sobering, even horrific, [I won’t spoil it for you if you haven’t seen it], but it is not about less than this child-like wonder at reality and the hope that springs from it.)

Sometimes we need to be shocked in another way — with depictions of the grotesque, with tales of violence, with narratives of debauchery and despair. Some films use such things simply to titillate, or to revel in evil; but some films are taking up a wise strategy of “defamiliarization.” (I can’t resist adding a parenthetical note, even at the risk of being distracting: It seems to me that the best films of this sort have a knack for narrating violence or debauchery, for example, without being overly graphic; Room, to which I made reference above, is a fine case in point. It takes much more cinematic and story-telling skill to intimate horrific violence — to do so in a believable way, in a way that creates a pit in our stomach — than it does simply to “show” it. And, if a filmmaker takes the “easy way out,” we might well ask what the filmmaker is really after. The same, I might add, can be said about cinematic portrayals of sexual intimacy. One of the most powerful portrayals of the power, exhilaration, wonder, and meaning of sexual intimacy in a film that I know of comes in Donnie Darko, which amazingly never actually depicts the act “behind the bedroom doors”; rather, it cuts from the first fateful kiss immediately to a shot of the feet of the man and woman after the sexual union walking in step out of the bedroom.)

Our denseness and numbness to reality are, at times, so great that we need grotesque or otherwise shocking portrayals to shake us from our stupor. It can, for example, do us great good to see and to have our skin crawl at the hideousness of the orcs in the Lord of the Rings, because this is what we should see (and feel in our gut) when we consider the thirst for power at all costs and the life bent on viciousness and violence and technique. Left to ourselves, we think of ambition that runs over other people as normal, or at least as only a polite sin. But we are blind, or nearly blind.  Says American novelist Flannery O'Connor:

“To the hard of hearing, you shout, and for the almost-blind, you draw large and startling figures.”

“Defamiliarization,” stepping outside of the normal, tired, clichéd ways we see reality, is the best and most proper kind of “escape” that movies provide us. At their best, movies offer not an escape from reality (or that’s not how we should pursue them) but an escape for reality, for re-entering reality after our “escape,” better prepared to receive it as it really is, and with the horror that is due it, perhaps; or maybe, alternatively, with gratitude; and always with wonder, humility, purpose, and love.

Films help us to see aright, to get realigned or aligned for the first time with the grain of reality. Perhaps it is a “deep” movie that helps us better understand suffering or poverty; or perhaps it is a “light” movie that helps us to laugh at ourselves, to take ourselves less seriously (something we all need deeply!), and maybe even to tap into the mirth that is at the bottom of things.

Perhaps it is one of those rare and remarkable movies that is both (both “deep” and “light”). Whatever the case may be, the best kind of “escape” renews us in reality and helps us return to reality more maturely.

Diversions and entertainment are, in other words, not the end of life, but means for better living. They should help us live life better, more fully, more responsibly, more understandingly, refreshed and renewed and sobered and better prepared to live for the good of others and the glory of God. Any other kind of “escape” and “entertainment” is merely a legal narcotic, a giving in to sloth, and a technique of the powerful for the making of money.

Share in the comments below a film that has changed your perspective on life. 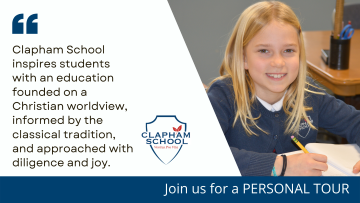