A Call for Focus in Learning: Part 2 - The Science of Attention

Posted by Jason Barney on Jun 24, 2019 12:35:25 PM
In our modern world of distractions we tend to think of our ability to focus as something innate to our personality.

He's such a focused person, but I'm a multi-tasker. I work better doing many things at once.

Unfortunately for us multi-taskers, current research is telling us that multi-tasking is a myth. What you're really doing when you multi-task, according to cognitive psychologists, is rapidly switching between different tasks. While we can get better at switching between tasks, it always comes at a cost:  these rapid transitions impair optimal cognitive functioning.

This cognitive impairment is what scientists are calling attention residue. When you click in to that email mid-stream in your work, that attention switching leaves a residue in your mind that slows you down and impairs your focus for as long as the next 20 minutes!

What else does research say about how our brain's attentional systems work? 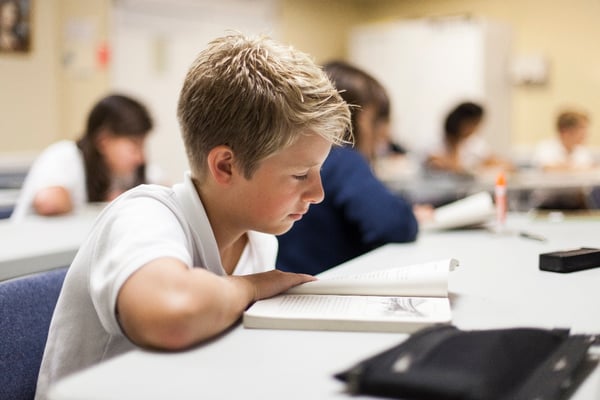 In our last blog post on traditional views of attention we talked about how classical educators aimed to train students in the habit of focus. In today's post we're going to look at the science of how our attention systems actually work.

The Science of Attention

Why is attention so important for learning and skill development to take place?

First, it’s worth mentioning that modern neuroscience has discovered that there are at least two different modes of attention, what Barbara Oakley in A Mind for Numbers calls the focused mode and the diffuse mode. The focused mode is the experience we normally think of as focusing or attending closely to something. The diffuse mode, on the other hand, is when we are relaxed and letting our mind wander.

The Focused and Diffuse Modes

In fact, Dr. Daniel Levitin, Professor of Psychology and Behavioral Neuroscience at McGill University, has called the diffuse mode the “mid-wandering mode” for a reason (The Organized Mind 41). He remarks that the discovery of this mode as “a special brain network… was one of the biggest neuroscientific discoveries of the last twenty years” (38); one of the features of the diffuse mode is how it attempts to monopolize your consciousness:

“it eagerly shifts the brain into mind-wandering when you’re not engaged in a task, and it hijacks your consciousness if the task you’re doing gets boring”

or, I would add, if you haven’t trained the ability to sustain focused attention (38).

It’s a zero-sum game between these two modes. As Dr. Levitin concludes,

“When one is active the other is not. During demanding tasks, the central executive kicks in. The more the mind-wandering network is suppressed, the greater the accuracy of performance on the task at hand.” (39)

In her book, Barbara Oakley makes clear that it’s not just the focused mode that is important for problem solving and learning. The diffuse mode is critical in challenging and abstract subjects like math or science, or even creative work for that matter. In fact, the primarily left-brain rational system of the focused mode can sometimes get stuck thinking of a math problem the same way, unable to re-shift, in order to come up with a creative leap to the solution.

So coming out of the focused mode with a problem still on the mind, running in the background, as it were, while you enter the diffuse mode by taking a shower, going for a run or taking a nap, can be one of the best ways to figure out a new and challenging problem. However, that can only happen if the essential data of the problem have been brought into the mind first through focused attention.

Daniel Goleman describes these two attention systems as top-down and bottom-up, drawing from research in cognitive science. The subcortical brain machinery (bottom-up) is much quicker in brain time, more impulsive, emotional and intuitive, and manages our habitual ways of engaging with the world, as we would say, without really thinking about it. The top-down focused mode is slower, more logical, voluntary, and based in the seat of self-control, the pre-frontal cortex (Focus 25-26).

A Christian View of Our Two Modes

It’s important not to downplay the diffuse mode in favor of the rationalistic left-brain focused mode. In his books Desiring the Kingdom and Imagining the Kingdom, James K. Smith, professor of philosophy at Calvin College, makes a strong case for a Christian vision of human beings that doesn’t overemphasize the rational mind, to the detriment of our desiring, imagining, and worshiping nature.

Since the Enlightenment era, we have been tempted to ignore the fundamentally embodied quality of our humanity, as we strive for a Spock-like logical and rational analysis. According to Smith this is partly because of an Enlightenment view of human beings as primarily “thinking things.” Even as Christians, we're affected by this view.

Our diffuse mode reminds us that there’s more to us than meets the mental eye, and we can learn things and experience insights as ‘Aha!’ moments that don’t come directly under our conscious control. Because our own conscious focus is what we know and experience, we sometimes imagine that there isn’t this deeper right-brain core to who we are. But all the time, going on underneath the radar of our awareness is this bottom-up intuition and problem-solving power, determining most of our awareness, gut instincts and decisions before we've even realized it.

Of course, this insight isn't really a new discovery of neuroscience. The classical tradition acknowledged the inspiration of the muses as primary. Christianity has always recognized the importance of the imaginings of the heart as well as the processing of the mind.

In fact, we might even say that so much that is spiritual about us is of the diffuse mode--our relational and affective connections to God, self and others. Knowledge, itself, in the Bible is very often relational rather than simply propositional.

On the other hand, what we attend to and focus on clearly matters in the Bible as well. The Psalmist says, "I will not set before my eyes anything that is worthless" (Psalm 101:3 ESV). Like a good teacher, the father in Proverbs exhorts his son to focus on his instruction: "My son, be attentive to my words; incline your ear to my sayings" (Prov 4:20 ESV).

So as human beings we can train our focused mode, and doing so can be a spiritual enterprise, in addition to a practical one. But we never become lazer-like focusing and calculating machines. Even the greatest geniuses were often the best at strategically switching back and forth between their focused and diffuse modes, rarely going longer than 4 hours in an intensive session of focus.

The Focused Mode and Deliberate Practice

Turning from the spiritual back to practical excellence in any field of expertise, how does the focused mode help us get better?

Both of these components, the uninterrupted focus on the skill or idea and the feedback, require the focused mode of attention in order to optimize skill development or learning. Like John Locke explained (see A Call for Focus in Learning: Part 1), when a student’s attention is focused, that student is sure to progress just as quickly as natural ability will allow. But without this focus the time is almost wasted.

It’s also important to notice that attention must be given in both components, to the skill or learning itself and also to the feedback received afterward.

This is why a growth mindset is so central to learning and improvement. One of Carol Dweck’s findings in her book Mindset was that those with a fixed mindset, who believed their talent, skill or intellect were static or unalterable, regularly dismissed feedback that could have helped them learn or improve. Brain scans of students with a fixed mindset, who had just taken a test, showed that they checked out right after receiving their scores on a test, not evening listening while feedback was given about answers they missed. Why would they attend to feedback, if they don’t think they can get better?

The reason that a “tightly focused” attention is so critical relates back to brain circuitry and the process of myelination. Myelin is a fatty substance that develops around the neurons that fire together, which makes them able to fire more quickly and efficiently. Cal Newport describes it this way:

By focusing intensely on a specific skill, you’re forcing the specific relevant circuit to fire, again and again, in isolation. This repetitive use of a specific circuit triggers cells called oligodendrocytes to begin wrapping layers of myelin around the neurons in the circuits—effectively cementing the skill. The reason, therefore, why it’s important to focus intensely on the task at hand while avoiding distraction is because this is the only way to isolate the relevant neural circuit enough to trigger useful myelination. By contrast, if you’re trying to learn a complex new skill (say, SQL database management) in a state of low concentration (perhaps you also have your Facebook feed open), you’re firing too many circuits simultaneously and haphazardly to isolate the group of neurons you actually want to strengthen. (Deep Work 36-37)

The science of attention thus gives some concrete support to what we all have probably felt intuitively: when we’re not really focused on something, we’re not really going to be learning it or getting better at it, and on the flip side, when we’re in the zone, practicing intently, we just know we’re going to be making progress, even if it may take some time.

Next week we're going to share some really practical techniques to put these insights from modern science and the classical tradition into practice. Some sub-topics include toggling back and forth between the diffuse and focused modes, structuring your day or subjects, aiming for intensity of focus with breaks, and retrieval practice.

If you weren't able to tune in to our live webinar last week, you can still download the recorded video by following the link down below.

In the comments let us know what you found most surprising or helpful from this summary of scientific research on attention! 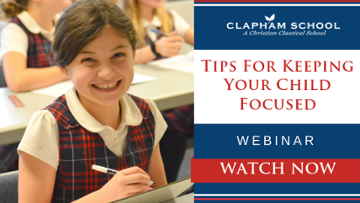 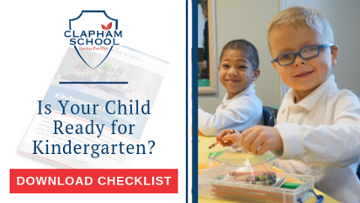